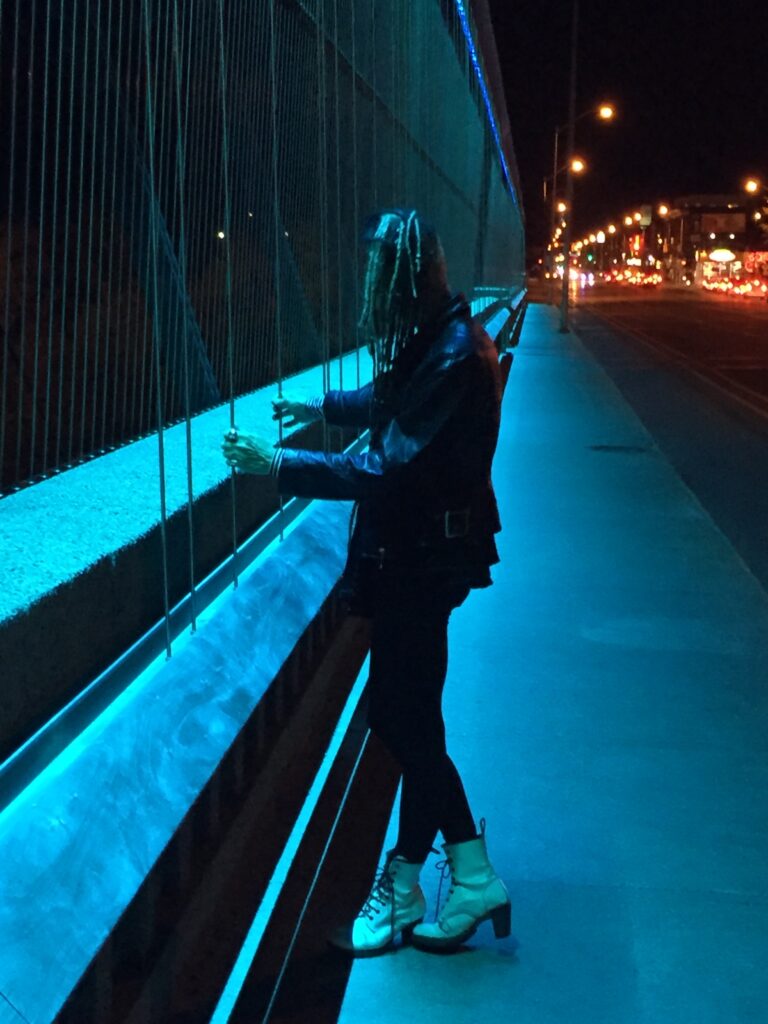 Everyone with dreadlocks smokes.
This is what I found out when I had dreadlocks, it was an automatic assumption.
A random lady on the street screamed at me once when she asked me for a smoke and I told her I did not smoke, “I can give you a light, but no smokes.”
She started arguing, accusing me of lying. I chose to leave to avoid a further scene.

I remember being at Union station, running late trying to get to the bus station to catch a bus.
I had gone inside and asked for directions, since there was construction on the road and I could not get across the street above ground. Two construction workers sent me underground but I ended up on the same side of the street—in exactly the same spot—when I came up.
Just as I was going to attempt to do the circuit for the second time, he came towards me, with the usual simple question,
“Do you have a smoke?”
He was a likeable kind of guy, the kind of guy that makes you wish you did smoke, so you could help him out.
“No, I am sorry I do not smoke. Everyone thinks I smoke because of my hair, but I don’t. But maybe you can tell me how to get across the road? I need to get to the bus station.”
“Yeah, just follow me.”
As the—obviously homeless—man spoke, he stepped into the street, crossing amongst cars, heading straight for the construction barrier dividing the two opposite lanes of traffic. There was a small gap where the chain-link fences met and he slipped through; I followed with my bag.
“Come on!” he yelled as I was still squeezing through, and grabbed me by the arm to drag me across another lane of traffic.
As we came to the other side, I thanked him and laughed.

I remembered a similar scenario years ago in Manchester, England, asking a gentleman on the street for directions to a 24-7 prayer house. As he took a mickey out of the inside pocket of his jacket and downed a swig, he said, “I know where that is,” his breath instantly making me doubt he actually did.
He dragged my friend and I—suitcases and all— across three lanes of traffic on a roundabout, and another three on the other side of the circle. After we survived this death-defying feat we noticed the underpass, and asked him why he had not taken us that route. He simply said, “I did not think it was proper for me, as a man, to take two ladies through an underground passage.”

Assumptions . . . someone under the influence, someone who does not “look the part,” is not safe and incapable of helping.
None of it proved to be true back then, and not now.
All I needed to do was ask.

My present guardian angel looked at me and asked, “Do you have some money? Just whatever you have, just something . . .”
I dug out my wallet as I thanked him again.
Then, as I walked away, he yelled,
“Fuck! Has anyone told you, you are pretty? what are you doing tonight?”
I turned, laughed, ran to catch my bus and waved.
I relived those last five minutes while sitting in my seat and smiled and wondered for a long time, really how terrible would it have been to have taken him up on it, to have gone for a few pints, shared stories, talked and laughed, spent time being human together?

What keeps me from interacting with another person—responding to another’s humanity without assumption—”a person unlike me” in some form?
Is it fear, insecurity, or is it common sense?
And yet . . .
There is a wondering that lingers in my mind, a curiosity, a desire to just be human . . . together.
And I know,
that every time I overcome my ungrounded apprehensions, my fears, my assumptions
that my faith in humanity grows and the world is a happier place
that the risks are worth it,
that it makes me smile.

How about not assuming anything about the other in 2022, and just be human . . . together?