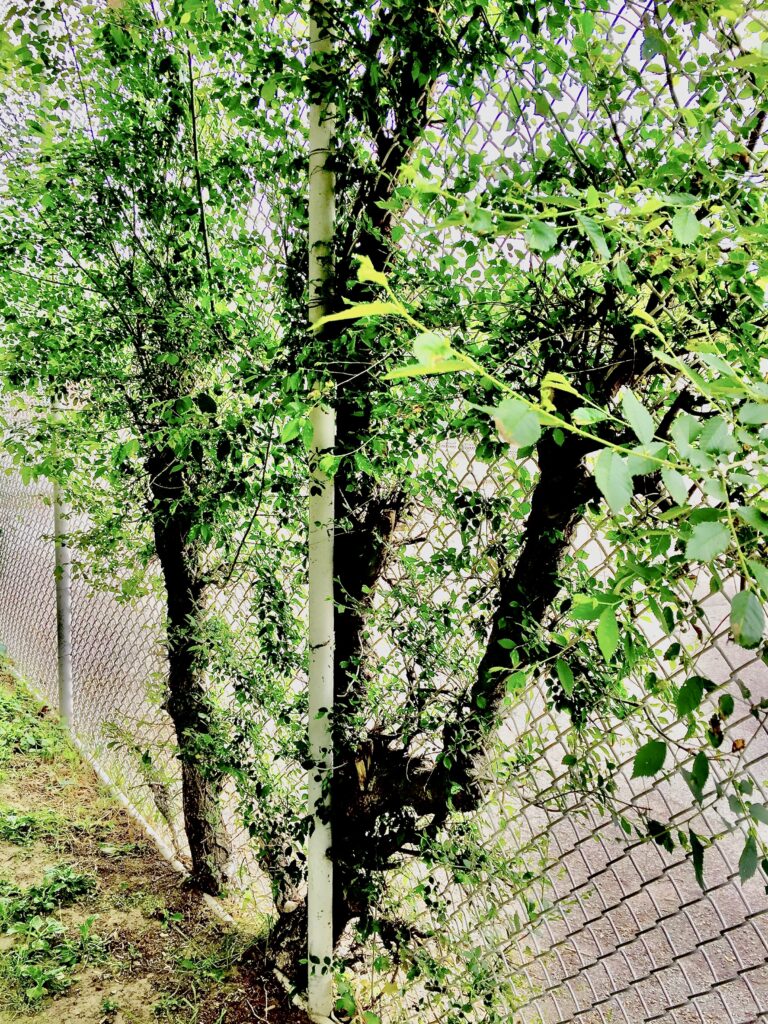 I walked by a tree—and realized it was not . . .
It had grown to be part of a fence.
The tree could no longer stand on its own; the fence was holding it up—even though its trunk had matured and thickened to be able to stand tall and be an independent creation.
The tree was completely entangled—had become one—with the fence.
Its branches had flattened out, covering up as much of the fence as it possibly could, as if to mask its dependency—losing its identity.

I thought of your life.
Fenced in, confined by the entanglements of pain, abuse, and fear.
Limited by your inability to overcome wounds inflicted upon you long ago.
And so, your life grew around your confinements, clung to them, used them as crutches, excuses, perceived strengths, for who you had become and were becoming.

When I saw the tree, I understood.
It was green, alive, and drew all the attention . . . just like you.
But as I got closer, I barely saw the tree anymore; all I could see was the fence.
And I knew that you—just like the tree—would have to be torn apart limb by limb to untangle yourself, not knowing how much of you would be cut away, and if your roots would have enough life in them to grow a new you . . . free from the fence—which would always be right there, standing strong and tall beside you . . . tempting you to lean against it.
A safe haven you had known all your life: an identity.

Months later I walked by another tree, and—again— realized it was not a tree at all.
It was a vine—old, gnarly and twisted. Its arms had entwined and grown into a thick, sturdy trunk about 10 feet tall.
After I admired its shape and canopy, its place of dominance in the yard, I noticed the fence, entangled in its trunk, sticking out at both ends as if it had been swallowed.
The small wrought iron fence was crooked, pulled up from the ground and twisted by the growing vine—a casualty of a power struggle it had lost a long time ago.

I thought of another life.
Your image, your need to be in control, was strong—but twisted and gnarled by the cruelties committed to maintain this position of power.
You had grown independent and irresistible and had come to dominate those whose strength and resilience you depleted long ago—casualties, whose lives ebbed away unnoticed, swallowed by your big posturing personality.
Entangled by your need to build your identity.