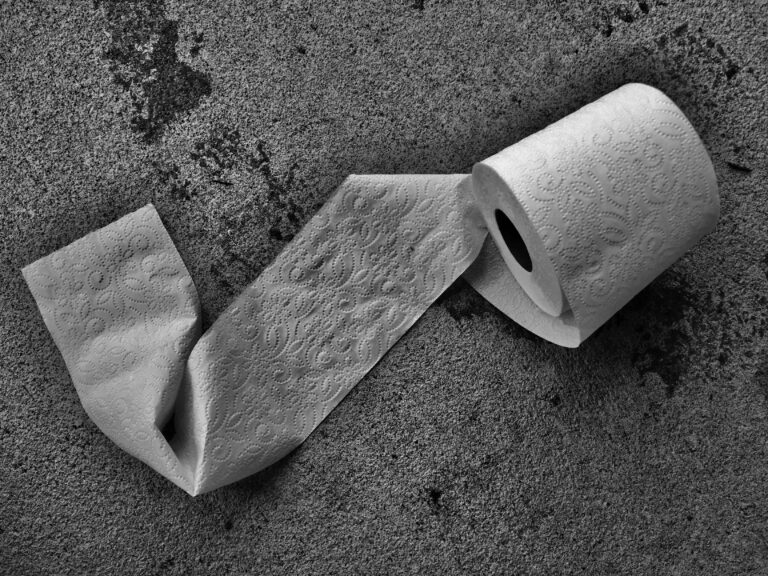 In the back alley—in the alcove—hidden from the public eye by the dumpster, I find it.

I carefully manoeuvre my bicycle around it, while gingerly placing my flip-flop–clad feet strategically so as not to disturb the scene of the crime.

I manage to reach over my handle bars and open the door while constantly eying the object of my instantly aroused fascination.

Turd is not the right word; in my mind a turd is smaller.

Poop is too mundane.

Shit consists of a pile; I remember why, and flash back momentarily to a wilderness camping trip.

In the middle of a strenuous hike to the top of Silver Peak in Killarney Provincial Park—after having been constipated for five days— I had announced to the rest of the group,

“Just keep going I will catch up, I have to go.”

I had squatted on the side of the trail and the term “pile of shit” had become clear when I had been forced to move over to create a new pile, fearing the present one might touch my butt.

That defines “a shit” in my memory, leaving me to search for something more appropriate.

Crap is too casual or referring to a diarrhetic condition.

Defecation is definitely too classy under the circumstances.

Bowel movement! That is the descriptive term I am looking for.

I can relate to this guy, I feel him.

I realize I am assuming it’s a guy; I am being sexist, based on size alone.

Even I, with my long history of constipation, fail to comprehend how this happened without the visible shedding of blood.

What I do understand is the immediacy of the need for the awkward deposit in front of the door. I flash back again, this time to Quebec City.

In a parking lot outside the city’s centre we had been assured by the attendant that we could sleep overnight in our van as long as we were gone by 7 a.m. The alarm had woken us up at 6:45 a.m. and I had crawled in the front seat, only to realize I was having a poop-attack after four days of travel and non-production. I had sat immobile, squeezing my buttocks; my face expressing my panic. My hubby had simply said,

“Run for the bushes,”

but I had barely been able to move. I had grabbed the Maxwell House coffee container—lined with a plastic bag used for garbage—from between the front seats and had stumbled to the back of the van, squatting about a foot above the can, fully concentrating on hitting my target, watching the formation of the perfect poop emoticon, while he had been freaking out about the risks to his van. I had ignored him until I heard,

I had known he was shitting me and laughed nervously telling him he was such an ass, when I had looked out of the window and had seen the parking attendant heading straight for our vehicle. We had both panicked and, as usual, I had found my voice first,

While he had done just that, I had completed the deposit, wiped my butt, tied the plastic bag shut, opened the door, walked towards the garbage container—casually swinging the bag back and forth—and had dropped it with a flare. Both of us had finished at the same time and casually strolled towards the van, me in hysterics, but he had been completely traumatized by the defamation of his van—from which he has never quite recovered.

It amazes me how triggering this bowel movement is for me; how I relate to it.

But then I notice something else.

It is all alone, lying there on the concrete, with nothing accompanying it: no toilet paper, no tissues, no napkins, no ripped newspapers—just the gigantic bowel movement; a few flies buzzing around it, nibbling at it.

I am disturbed, disturbed by the fact that in the City of Toronto this is a reality; that someone had to squat in an alley and take a dump behind the dumpster with no means to wipe themselves.

That gigantic, lonely bowel movement speaks to me; it speaks to me of poverty, of not having the change to buy a coffee at Timmy’s to use the bathroom.

(In our travels and van-sleepings I always felt obligated to buy a coffee or tea every time I had to pee—obviously pooping was not an issue; I would have gladly bought an entire meal for that!)

This is a person who is on the streets and has run out of resources to deal with the necessities of life.

I take a picture, realize how misrepresented it looks on my screen, and clean it up.

The next day there is another offering. This time there is a full can of Labatt’s Blue parked beside it. I simply pop it open and—after removing the bowel movement—“disinfect” the area.

Two days later another one appears.

Clearly constipation is not a factor.

But the lack of toilet paper continues to be . . .